A Poet A City& A Footballer

Behind the Scene
Mins 01.16
Malayalam 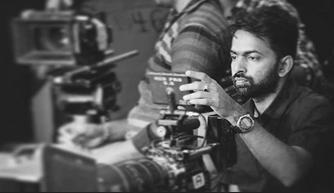 Manesh Madhavan is a cinematographer from the prestigious Film & Television Institute of India (FTII Pune). Worked in South Indian film industry and Bollywood, he has many feature films in Malayalam, Bengali and Hindi to his credit.

Manesh won the Kerala State Film Award 2017 for Best Cinematography. Many of his works are Internationally acclaimed and were India's representations in major International Film Festivals of Venice, Cannes and Berlin.

He is an alumnus of Berlinale Talent Campus at 58th Berlin International Film Festival 2008.